Located in Lab Module 440 on Level 4 of Avedisian Hall

Inside URI’s Bioactive Botanical Research Lab, Pharmacy Professor Navindra Seeram has some big ideas about fighting cancer. Ideas so big that he’s regularly sought after by science and news publications around the globe for his expertise in the healing properties of medicinal plants.

Professor Seeram knows that plants have bioactive compounds, such as the pigmentation that makes blueberries blue and raspberries red, that are natural antioxidants against sun damage and other threats. He and his team of students and researchers are studying these anti-cancer agents in native New England berries for possible applications in the treatment of cancer, Alzheimer’s, and other diseases. He’s also identified dozens of compounds in pure maple syrup and is applying these to his diabetes research. [Continued…] 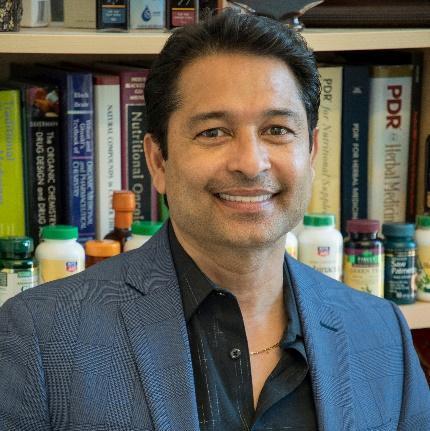