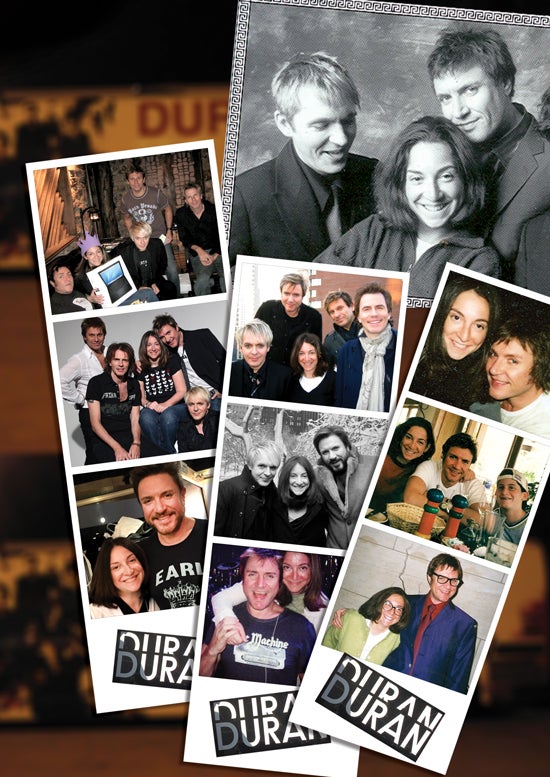 “I had a cell phone as big as my face,” jokes social media strategist Katy Krassner ‘90, reflecting on her early career at the Left Bank Organization, a music management company whose roster of clients such as Meatloaf, the Cranberries, Clint Black, and John Mellencamp inspired her daily awe: “All these people I would watch on MTV were real people,” she says. When the company closed its New York offices, Krassner’s solo career in publicity took off—but she never lost touch with one client from those days: Duran Duran.

Twenty-something years later, she now directs the band’s online content, managing social media pages and DuranDuran.com, where she interacts with fans (her “Ask Katy” column of fan mail responses was compiled into a book) and shares the latest news—in September, the band released the long-awaited album Paper Gods to universal acclaim.

“I always wanted to work with musicians,” she says. “I was that kid. I loved music.” After graduating from URI with a major in communications, Krassner took a job at an accounting firm (“I wanted to make sure it was something I could quit”) before landing her first gig at the College Music Journal and eventually the Left Bank job that would launch her career. “I was so single-focused and passionate,” she says. “I can’t stress the importance of interning, working your ass off, and being true to yourself.” And, she adds, “My relationship with Duran Duran has definitely been one of the best experiences of my life.”