What are native plants?

Native plants are, in a word, local. They are plants that have been growing in a particular habitat and region, typically for thousands of years or longer. Also called indigenous, they are well adapted to the climate, light, and soil conditions that characterize their ecosystem.

In [Rhode Island], we consider all the plants that grew here prior to European colonization to be native. They evolved slowly over time with relatively little interference from humans, although they were an important part of Native American life. These plants were present prior to the introduction of non-native plants from other continents, expanding agricultural practices and manipulation of plant genetics, through cross-breeding and bioengineering. In cases, where there was regional support to justifythe presence of previously undocumented northeast native species, additional species wereincluded in the Vascular Flora of Rhode Island.

WHY ARE NATIVE PLANTS SO IMPORTANT?

Native plants provide the foundation for healthy ecosystems. If they are properly sited for their desired soil and light requirements, they can require less water, fertilizer, and maintenance to thrive.

The fruits and berries of native plants are critical to bird life, and provide approximately 40% of the avian diet as a whole. When birds eat these fruits, the ecosystem gets the benefit of seed dispersal, as the birds excrete the seeds in their droppings. A reasonable number of these will germinate sustaining the species from generation to generation. Unfortunately, if the bird eats the fruits of an invasive plant, the undesirable plant will be spread further and further afield. The aggressive capabilities of invasive species enable them to outcompete native species, further damaging the ecosystem.

Native plants are especially important to the integrity of our ecosystems in part because of the vast numbers of insects they support. As humans, we are often taught otherwise, but insects and other arthropods provide about 60% of the avian diet. And they are absolutely critical to the nestlings of terrestrial species as virtually their sole food source. So without insects, our beautiful songbirds couldn’t survive or raise their young. Without caterpillars, there would be no butterflies. Without ponds and vernal pools teeming with insect life, there would be no spring peepers or amphibians. Insects are one hub in our web of life; critical intermediaries between plants and the animal world.

Native plants are host to a vastly greater number and variety of insect species than are non-natives. According to entomologist Douglas Tallamy, author of Bringing Nature Home, our native flowering dogwood (Cornus florida) supports one hundred and seventeen species of moths and butterflies, while the non-native Kousa dogwood hosts only six species of insect herbivores. Tallamy can cite example after example, summarizing his years of extensive research and concluding that “native ornamentals support twenty-nine times the biodiversity of alien ornamentals.” When an ecosystem is in balance,native plant-eating insects are kept in balance by other critical components of the ecosystem; we hardly notice their presence. 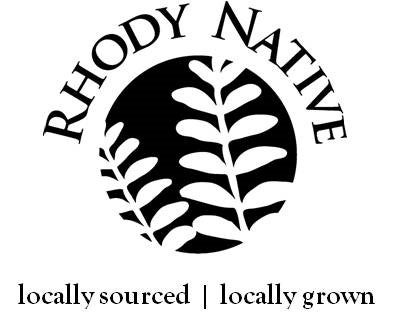