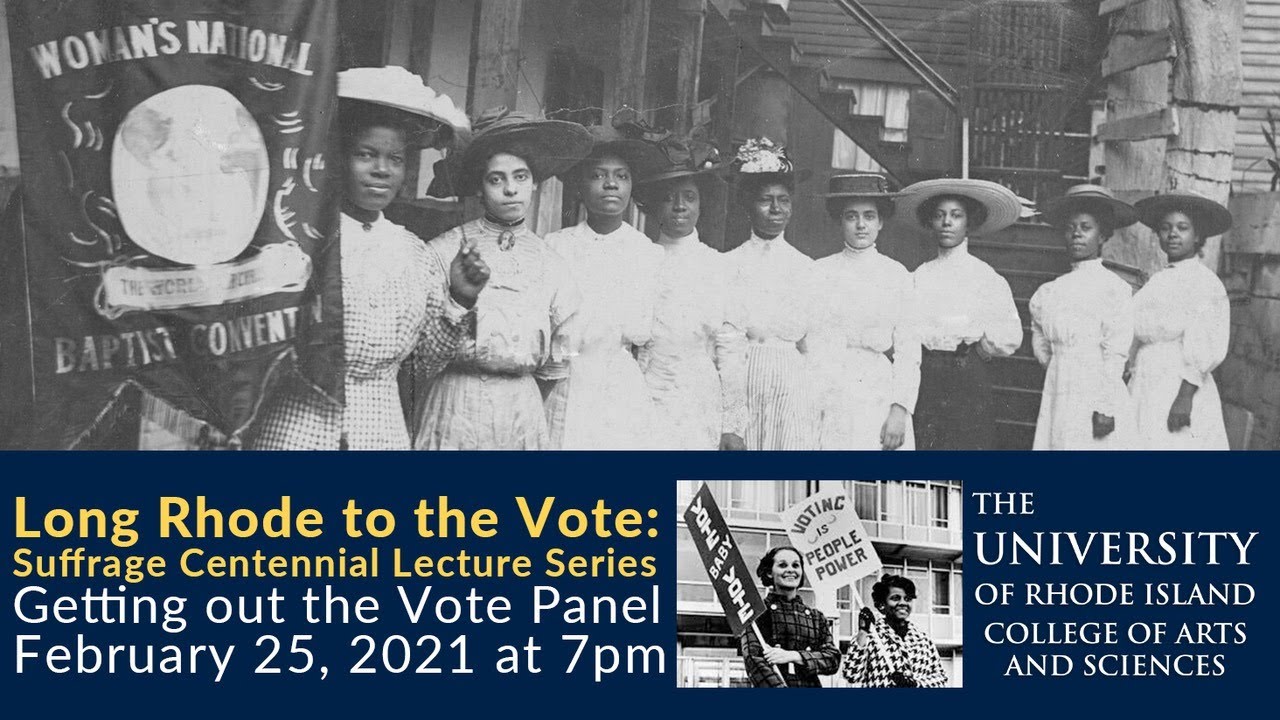 This panel brings together a series of experts who will evaluate the legacy of the 19th Amendment by discussing contemporary initiatives to empower not only women but also millennials and Latinos in politics.

Justine Caldwell, D-East Greenwich, won election to the Rhode Island General Assembly in 2018 after a successful grassroots campaign with special outreach to young voters. A URI alumna (with a BA and MA in English), she also holds a PhD in American Studies from Bowling Green State University. Representative Caldwell has sponsored laws aimed at curbing the opioid crisis, reducing gun violence, and replacing the state’s outdated parenting laws with more inclusive legislation. Prior to her election, she worked as an organizer for a 2012 referendum that established gay marriage rights in Maine.

Kate Coyne-McCoy is the principal of KCM Consulting and has served as a fellow and lecturer in the Women’s Public Policy Program at Harvard University since 2005. Started in 2012, KCM Consulting provides training, technical assistance and ongoing support to candidates, not for profits and organizations across the country.  Coyne-McCoy has assisted in races at every level of the ballot from schoolboard to U.S. She is widely recognized as an accomplished fundraiser, media trainer and campaign tactician. Coyne-McCoy’s efforts contributed significantly to several historic victories in previous cycles including the election of Rhode Island’s first female Governor and first Latina Secretary of State, and the conversion of red to blue legislative seats in Florida.

Stella Rouse is an Associate Professor in the Department of Government and Politics, Director of the Center for Democracy and Civic Engagement, and Associate Director of the University of Maryland Critical Issues Poll at the University of Maryland. Dr. Rouse’s research and teaching interests focus on youth politics, Latino politics, minority politics, state politics, civic engagement, and immigration. A native of Colombia, she is the author of two books: Latinos in the Legislative Process: Interests and Influence, which was voted as one of the best political science books of 2013 by The Huffington Post, and The Politics of Millennials: Political Beliefs and Policy Preferences of America’s Most Diverse Generation (co-authored with Ashley Ross).

This event is sponsored by the College of Arts and Sciences, the Center for the Humanities, and the Suffrage Centennial Committee.