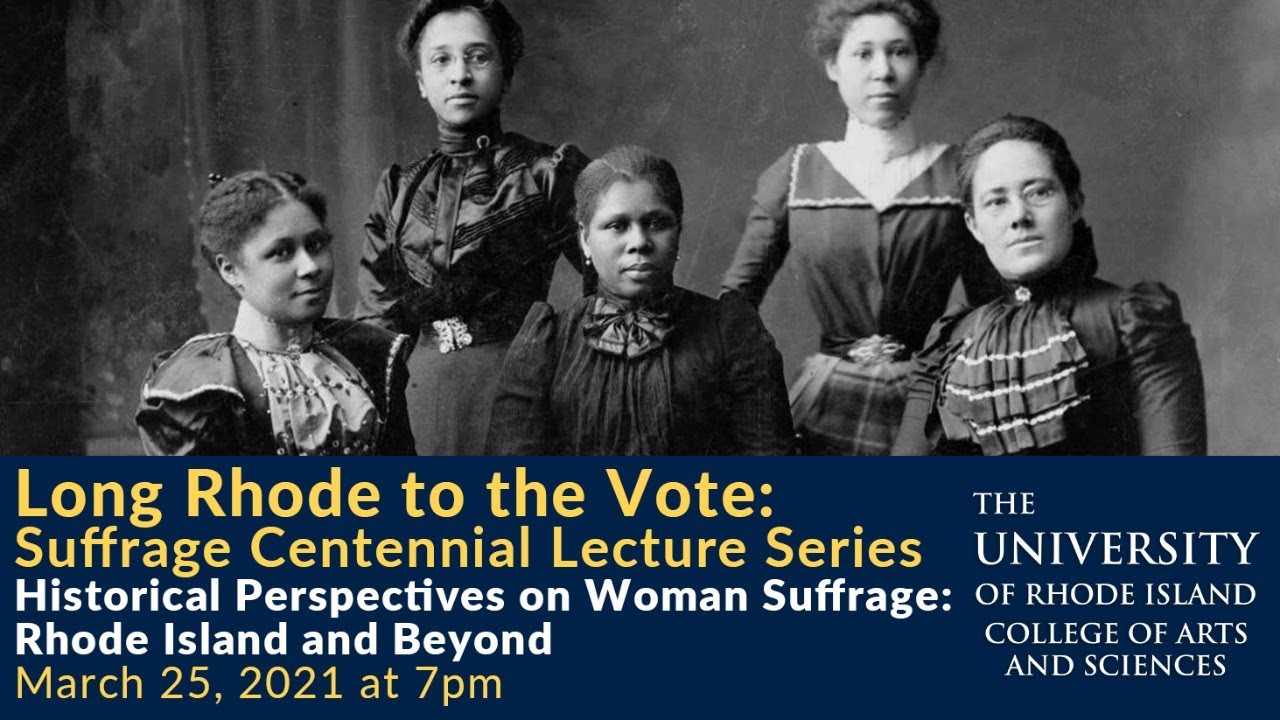 This panel will explore the history of woman suffrage in Rhode Island as well as the legacy of women running for office today.

Elizabeth C. Stevens is the editor of Newport History, the scholarly journal of the Newport Historical Society. She recently edited and contributed to The Bridge, a combined issue of Newport History and Rhode Island History about the struggle for woman suffrage in Rhode Island. She is the author of a biography of two Rhode Island activists, Elizabeth Buffum Chace and Lillie Chace Wyman: A Century of Abolitionist, Suffragist, and Workers’ Rights Activism. She will discuss her latest research on “Rhode Island Women and the Push to Ratify the 19th Amendment.”

Emily Lynch is a Lecturer in Political Science at URI. Her teaching and research interests include political psychology, public opinion, Congress, and political communication. She has published in the Journal of Communication and Political Behavior. She served as an American Political Science Association (APSA) Congressional Fellow for Senator Sheldon Whitehouse in 2013-2014 and worked on education policy for the Senator. She will speak about “Women as Candidates and Office Holders in American Politics.”

This event is sponsored by the College of Arts and Sciences, the Center for the Humanities, and the Suffrage Centennial Committee.