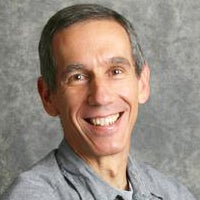 Prof. Leonard Kahn’s research has spanned several areas. His early work involved the study of the surfaces of solids. Specifically, he studied the chemisorption of alkalis on metal surfaces, with his advisor See-Chen Ying at Brown University, Universite de Paris-Sud and Imperial College. The technique that was used was the density functional formalism. With Mark Ruvalds, at Battelle Labs, he used this formalism to study hydrogen in metals, as well as defects in metals. The main thrust of the work was to calculate the electric field gradient in these imperfect materials.

He then tackled the problem of superconductivity in the A-15 materials, looking for an alternative mechanism to explain their high temperature transition.

In the late 80’s, after joining the faculty at URI, Prof. Kahn became interested in nonlinear phenomena. This began as an interest in chaos and “strange attractors.” With Ken Hartt, he developed some techniques for determining whether or not two sets of time series are dependent on common variables. While at Irvine, working with Doug Mills, he noticed that the equations being used to describe nonlinear optics were very similar to those he had seen in studies of chaos. It turns out that very simple models contain a wealth of phenomena. This model of nonlinear optics is a useful platform for studying solitonic resonances, the temporal and spatial development of chaos, signal processing, and electron self-trapping.

Prof. Kahn’s interest in nonlinear optics continues. Specifically, he is examining layered structures to determine how electrical devices, such as diodes and transistors can be modeled by optical systems. Among the dozen senior projects he has supervised, he has had two seniors complete their senior research papers on this topic, as well as a Ph.D. thesis by Kelan Huang on nonlinear optics.

Amer Hodzic completed his Ph.D. dissertation under Kahn’s supervision, studying Bessel waves. Kahn is now supervising the Ph.D. research of Nicholas Bianchi who is studying the interaction of Tamm states in superlattices.