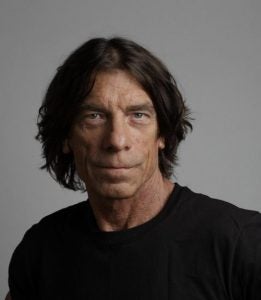 Perhaps, the main focal point of my research program is the use of transgenic plants for the study of basic biological questions in plant biology as well as for their practical applications in modern agriculture. The fact is that any gene from any organism can now be cloned and expressed in plants. This capability creates a wide range of possibilities from manipulating the plant genome to understand development to the introduction of new traits in crop plants. Also, this expertise is highly specialized. I have developed a laboratory at the facility in West Kingston RI that specializes in plant transgenics and molecular analysis of introduced traits. Indeed, as described in the previous section, I have also developed courses that involve students directly in training and research in this area on real life research projects (project based learning). My current research focus in on molecular improvement and gene discovery in grasses and cereal crops and the development of methods for the prevention of transgene escape. There are currently three major projects in the lab with a focus on these areas including:
1) the development of herbicide resistant creeping bentgrass that is engineered to be pollen sterile for the prevention of transgene escape
2) the development of a transposon mutagenesis library in rice for the identification and characterization of genes, and
3) the introduction and analysis of a lead responsive promoter driving the expression of an indicator gene for detection of lead in environmental situation as a method toward phytoremediation.

The production of herbicide resistant turfgrass that is male sterile has been accomplished (see references). This project has been conducted in collaboration with HybriGene Inc. in West Kingston, where I served as director for four years prior to my appointment at URI. This project has resulted in a good deal of controversy and is at the forefront on discussions concerning gene confinement in perennial plants. I am a co-inventor on two US PCT patent applications on gene confinement in perennial plants. I organized a major symposium on this topic at Yale University in May 2004 and will publish a Perspectives article in Nature Biotechnology as a summary. The development of a transposon mutagenesis library in rice is a functional genomics project that is currently being conducted with my graduate students in collaboration with Dr. Stephen Dellaporta at Yale University. Approximately half of the world’s population derives its caloric intake mainly from rice. While rice is one of the most densely genetically mapped plant genomes, and the International Rice Genome Sequencing Project recently completed the entire genome sequence of Oryza sativa ssp. japonica cv. Nipponbare, the functional characterization of gene function remains to be determined. The generation of this library will accelerate the identification of gene function.

Our lab has generated the transgenic rice plants and conducted essential gene expression studies. We have recently initiated a study that will investigate the possibility of using a lead responsive promoter to locate lead contaminated soils. Lead with trigger gene expression of an anthocyanin gene that will turn the plants red in the presence of lead contaminated soils. This project has been funded through a collaborative NIH SBIR to EdenSpace Inc with the work subcontacted to our lab. The project is one of the transgenic projects conducted by the students in the BCH 491 special topics course this year (see the previous section). If successful, we will have lead responsive plants by this spring. Recently, I have also developed the basis for a plant breeding program that has a focus on new vegetable development from existing world germplasm sources. This project has taken shape in the development of a new garlic vegetable called ‘Baby Green Garlic’. While this work does not involve genetic modification per se, a new vegetable product has been derived from good old fashioned varietial selection. I have identified specific varieties that can be used for the commercial production of this new garlic vegetable and this has resulted in a US PCT filed patentand the formation of a company called Ophios, that is now marketing the product. Now current research on garlic has focused on the genetics of the thiosulfinate pathway that produces allicin. In collaboration with Dr. Phillip Simon at the University of Wisconsin in Madison, we have identified varieties that produce high levels of allicin. A cDNA library from garlic has been screened to yield several clones encoding allicin. A full length genomic clone has also been isolated. We are now in the process of making constructs to evaluate the promoter region of that gene. The eventual goal is to understand the function of allicin in garlic. Preliminary bioassay analyses indicate that it provides resistance to various fungal and microbial plant pathogens. The possibility therefore would be to move this gene into other crop plants to confer this resistance. In addition we are evaluating methods to introduce new variations into the garlic genome. We have conducted experiments using EMS mutagenesis to introduce random variation to recover new varieties, we have used colchicine treatments to recover possible polyploids, and investigated a novel gene transfer technique. In addition we are exploring methods to make hybrid garlic, an accomplishment that has not been realized in garlic genetics. This work has involved the collaboration of Drs. John Mottinger and Phillip Simon.