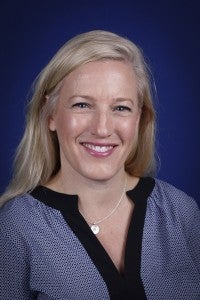 I am interested in how the biochemical capabilities of microbial communities influences biogeochemical cycles and food webs in aquatic environments. I am also interested in how the biochemical potential of marine microbes relates to their ecological roles. I am addressing this question using a combination of molecular, genomic and biochemical approaches. One facet of my research focuses on how the dynamics of nutrient cycling–in particular nitrogenous compounds–influences the structure of microbial populations. Another area of my research uses directed genomic and biochemical approaches to address how changes in the environment induce microbial responses that profoundly impact the marine ecosystem, such as the uptake of iron and the production of toxins by diatoms.

i. Influence of nitrogen cycling on the structure of microbial communities

Approximately half of global primary production occurs in the oceans. Traditionally, most of this production was attributed to eukaryotic algae (e.g., diatoms, dinoflagellates, etc.). However, studies in the last twenty years have shown that the Cyanobacteria, especially unicellular species such as Synechococcus and Prochlorococcus are prominent at the base of the marine food web where they contribute significantly to the oceanic carbon cycle through the photosynthetic fixation of CO2. Nitrogen availability is one of the crucial factors constraining oceanic primary productivity and, ultimately, controlling global atmosphere-ocean carbon balances. I am using molecular tools to determine how the availability of different nitrogen sources can structure microbial populations and to investigate how individual species and groups that respond to those nitrogen sources are capable of different biogeochemical transformations. For instance, I have designed polymerase chain reaction (PCR) methods to target nitrogen assimilation genes in natural populations that are used in combination with gene sequencing techniques to characterize the assemblage of genes represented in a particular environment. I have applied these methods to study cyanobacterial nitrate and ammonium assimilation genes from a variety of cultivated isolates and environmental samples and I am developing a similar method to detect nitrite assimilation genes. These studies are elucidating the distribution of cyanobacteria with respect to the nitrogen source that they utilize and addressing whether nutrient availability may structure populations of marine cyanobacteria. I am interested in extending this work to look at cyanobacterial population structure across large gradients of inorganic nitrogen availability; I also want to look at not only what organisms carry these genes, but also when and where these genes are activated.

ii. Application of genomic methods to study nitrogen fixation in the marine environment

In addition to studying cyanobacteria with respect to their nitrogen assimilation gene sequences, I have also developed methods to study bacteria that can fix atmospheric nitrogen. N2-fixing microorganisms (diazotrophs) use the enzyme nitrogenase–encoded by nif genes–to provide fixed nitrogen in nitrogen-limited systems. With collaborators in the laboratory of my postdoctoral advisor Jonathan Zehr we have developed a new method using DNA macroarrays consisting of spots of nifH gene sequences from many types of nitrogen fixing microbes to fingerprint changes in community composition in different water samples. I developed and used this high-throughput technique to study the distribution of nitrogen-fixing organisms in the Chesapeake Bay estuary and found that there were distinct nifH sequence variants present at different relative abundances along the along the freshwater-to-saltwater gradient in the Chesapeake Bay. I am interested in applying this method to investigate the roles of nitrogen cycling genes in Narragansett Bay here in Rhode Island.

iii. Understanding the relationship between Fe redox chemistry in seawater and the biologically-mediated reactions that render Fe available for uptake by eukaryotic phytoplankton.

Populations of Pseudo-nitzschia (pennate) diatoms bloom rapidly in when iron is added to Fe deplete waters, but the means by which healthy background populations of these large diatoms persist is not well understood. Novel findings from laboratory and field manipulation experiments by my collaborator, Mark Wells at the University of Maine, show Pseudo-nitzschia species posses the ability to grow on strongly complexed Fe(III), and that this ability is directly dependent on Cu availability; a trace element not traditionally considered to have a major nutrient role in phytoplankton. This Fe uptake system is induced under Fe-stress and its efficiency contrasts what is known about other coastal diatoms. The functionality of genetically and biochemically characterized high affinity Fe(III) uptake systems in other eukaryotic organisms, such as yeast and the unicellular algae C. reinhardtii, is dependent copper availability. Genes homologous to high affinity Fe uptake protein are found in diatoms. However, these genes may function differently in different species. We are funded by the National Science Foundation to use a combination of molecular and physiological studies to ascertain the mechanism and functionality of the high affinity Fe uptake systems in diatoms. The goal is to better understand the biogeochemical cycles of both iron and copper in marine waters and improve our predictive understanding of the factors regulating iron availability to marine phytoplankton.

iv. The molecular and biochemical basis for the formation of harmful algal blooms by diatoms in the genus Pseudo-nitzschia

Blooms of diatoms in the algal genus Pseudo-nitzschia are common in coastal ecosystems. Some of these species produce a potent neurotoxin, domoic acid, but not all blooms of Pseudo-nitzschia are toxic and some species turn toxin production on and off. Since the environmental factors leading to domoic acid production are poorly defined, it is of interest to have a cell-based assay for molecular or biochemical features involved in domoic acid production. Currently, the biochemical pathway for domoic acid synthesis is unknown and therefore the genes expressed under toxin producing conditions have not been identified. I have been determining how gene expression profiles differ between toxin-producing and non-toxin-producing conditions in culture experiments. This work is being done in collaboration with the laboratories of Raphe Kudela at UCSC and Ginger Armbrust at the University of Washington. These studies have revealed candidate genes whose expression may correlate with toxin production. I am currently using quantitative approaches to monitor the expression of these genes in culture and in field samples to determine whether they are expressed in toxic blooms and to determine how their expression is correlated with physio-chemical factors.