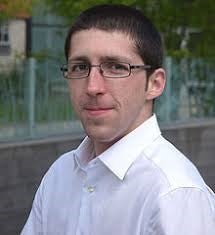 Nicholas DaSilva (SURF → Bridges → Ph.D.) participated in the INBRE SURF Program in 2013 and graduated from URI in 2014 with a bachelor’s degree in pharmaceutical sciences. He then spent a year as a research technician in the multiple-melanoma research program at the Dana Farber Cancer Institute, in Boston. “It was an amazing year,” he says, working with world-class scientists on the cutting edge of research. “All of the training and experience I had gained in the lab, from the work I did during SURF training, prepared me for that work. I felt that SURF had brought me to a certain place, and Dana Farber brought me to the next level.”

The research experiences made him realize that to get where he wanted to go in his career, he would need an advanced degree. “I knew I wanted to be involved in a project management position, training and mentoring the next generation of scientists to solve some of medicine’s most difficult questions,” he says. “So I came back to URI, to study pharmacology while being firmly rooted in natural product research.” Nick is currently pursuing a Ph.D. in Pharmaceutical Sciences (pharmacology specialization). He was accepted to the RI-INBRE Bridges to Graduate School Program in Dr. Navindra Seeram’s laboratory at URI, where he is investigating new uses of compounds isolated from pomegranates and maple syrup for potential preventative treatments for diabetes and Alzheimer’s disease. Nick and two other Ph.D. students launched “Alcinous Pharmaceuticals” in 2016 with a former URI faculty member. “A lot of this is for the love of it, the learning experience” said Nick of the countless hours invested into the startup company.  Nick said “We are grad students by day and executives by night.”