Growing up in URI’s hometown of Kingston, Rhode Island, John Vaccaro ’12 opted to attend the university closest to home for that and many other reasons. “It was convenient with my father working there,” he says, “and of course there was the family legacy since my older siblings attended. But I wanted to go to URI because it’s a strong academic institution.” Having enjoyed his psychology class in high school, Vaccaro started his collegiate career as a psychology major. After some time, he found an additional discipline to be fascinating as well. His desire to concentrate on criminal justice led him to further explore the concept of majoring in one of the College’s social science programs: Sociology. Due to the department’s wide array of criminal justice courses offered — before it became a major in and of itself — Vaccaro seized the opportunity to advance his criminological knowledge.

During his time studying sociology at URI, Vaccaro found himself inspired by the knowledge his professors had. He praises Professor Emeritus Leo Carroll’s independent review of policing in the 1980s, which revealed that police did in fact show racial bias. In addition, Vaccaro held a few research positions that helped further his career experience. “I had an internship at the ACI [Adult Correctional Facility] in Cranston in both maximum and medium security prisons, where I spent most of my time in the planning and research divisions,” he explains, “It allowed me to basically do my own independent research policy on sex offenders.” While these experiences combined to enhance his URI experience, Vaccaro was deeply inspired by his Philosophy of Policing course, in which he learned about policing techniques utilized in impoverished communities. “We learned about this neighborhood in Brooklyn, NY, where the NYPD tested out zero policy policing,” he states, “People were being arrested for the smallest infractions, which caused a deep divide between the people and the police as well as a divide in that community.” 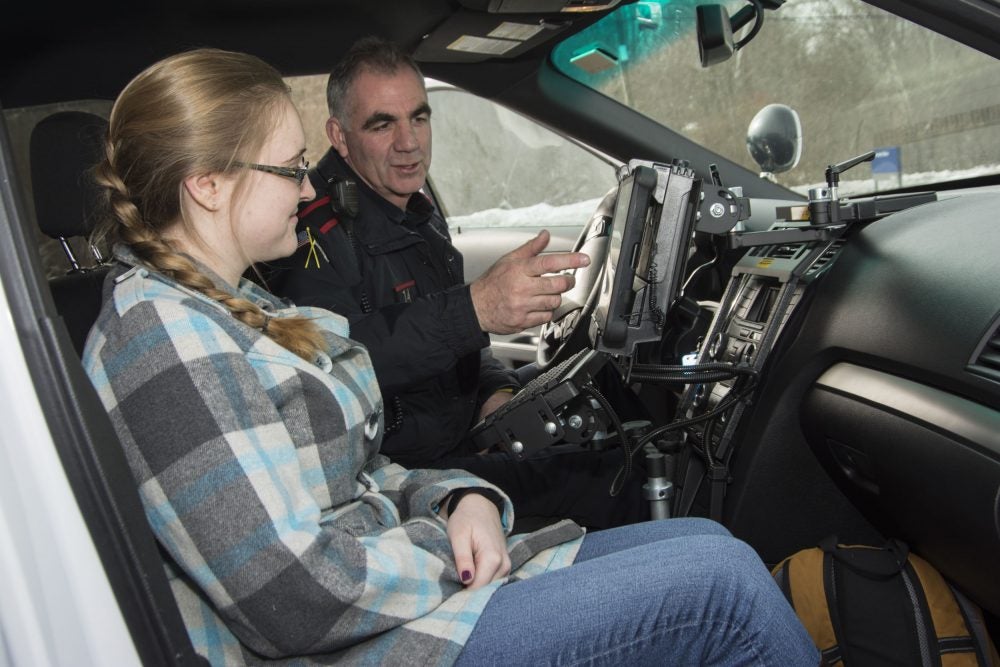 After graduating in May 2012 with a B.A. in psychology and a B.S. in sociology, Vaccaro moved on to graduate school at John Jay College of Criminal Justice in New York City, where his research focused on sexual violence prevention. He conducted some of his research at a maximum security prison in Pennsylvania. Using his prior experience and education to the fullest, Vaccaro now works for the NYPD in the same neighborhood in Brooklyn that he learned about in class. “I now have the opportunity to work with police in the area taking a different approach to policing,” he states, “I assist with identifying people with mental health issues and engaging them to get treatment so they don’t continue the cycle of crime.” Most importantly, he says the skills he learned at URI help him approach his work with a very nuanced understanding in order to empathize with the community members’ situations. “It’s very empowering for individuals in the community with mental health issues to have positive interactions with the police,” he states. To those looking to pursue a degree in the College of Arts and Sciences, Vaccaro has a lot of advice to give: “Talk to your advisors; they have lots of knowledge on different classes you can take,” he states, “Be open-minded, get your pre-requisites in, don’t be afraid to double major, and take a course in a field you’re interested in. The more you’re looking at different offerings, the more you’re opened up to everything.”