What does math have to do with origami? Thomas Hull ‘93 ‘97 can tell you. After earning both a master’s and a Ph.D. in mathematics from URI, he is now an associate professor of mathematics at Western New England University in Springfield, Massachusetts, and is an internationally recognized expert on the math of origami. Reflecting on how his time at URI prepared him for his career — both the usual and slightly more unusual aspects of it — he says he received a lot of great teaching experience and loved that within his program he could explore research in anything he wanted. As it turns out, this training and encouragement worked out perfectly for him to sharpen his life-long passion of origami. “At URI I always felt like the faculty had my back. It was very difficult, but my advisor and Ph.D. committee wanted me to succeed,” he says.

Hull started doing origami when he was eight years old. “It was the simplicity of making something beautiful, like an origami crane or a complex spider, from just a square piece of paper with only folding, no cuts or glue, that intrigued me,” he says. “At its core, mathematics is really about the study of patterns, be they patterns in numbers, nature (like in physics), or creases made when we fold a piece of paper.  Putting these two passions together to study the math of origami was completely natural for me.” He has created many different origami models, including the “PhiZZ Unit” or Pentagon-Hexagon-Zig-Zag Unit which can be used to make large geodesic dome structures. His most popular, the “Five Intersecting Tetrahedra” model which he came up with during his time at URI, was awarded one of the top 10 best origami models of all time in the year 2000. This model is also featured on the cover of his new book: “Origametry: Mathematical Methods in Paper Folding.” 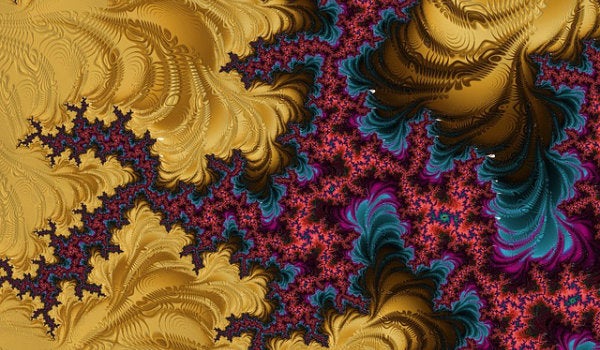 Here you’ll become an experienced problem solver fluent in the language of the universe. Explore the endless possibilities.

Hull’s origami-math research has helped lead to a surge of interest in engineering and physics in using origami to design large folded structures for outer space exploration, like unfolding solar sails, and for making micro- and nano-scale origami robots. He has also received two major research grants from the National Science Foundation to fund his research in origami and math and has written other origami books, “Project Origami: Activities for Exploring Mathematics” and two origami books with no math: “Origami, Plain and Simple” and “Russian Origami.” Read more about Professor Hull’s research and work here.