Kingston, R.I. — Sept. 13, 2022 — With the start of a new academic year, the College of Arts and Sciences welcomes a cohort of 12 new tenure track faculty members with research and scholarship interests spanning topics from inorganic chemistry to Latin American art and feminist artistic practices.

“I’m excited to welcome a dynamic group of scholars and educators to the College,” said Jeanette Riley, dean of Arts and Sciences. “Our new faculty have already distinguished themselves with impressive research programs and scholarly activities, and I’m confident they’ll be fantastic additions to the academic community in the College and at URI.”

In addition to adding strength across eight departments, the new hires represent several areas of strategic growth for the College. In physics, Wenchao Ge’s expertise in quantum optics and information will bolster research in quantum computing and support new Master’s and online certificate programs on the subject. Justin Pratt in chemistry and Irma Stevens in mathematics are both STEM education experts, who will help to bring innovative new teaching approaches to those departments.

“I hope all A&S faculty, students and staff will join me in welcoming all of our new members to URI,” Riley said.

A complete list of new tenure track faculty, teaching professors and lecturers is available on the Provost’s website. 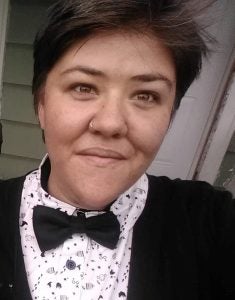 Ellison received their doctorate of Women’s, Gender, and Sexuality Studies from Ohio State University in 2022. They were a Marilyn Yarborough Teaching and Dissertation Fellow at Keyon College (2020-2021) and currently serve on the Midwest History Association Board. Their research is on transgender history in the Midwestern United States from 1945 to 2000. Their teaching interests include LGBTQ history, transgender studies, disability studies, and Arab feminism. In their spare time, Ellison enjoys birding and writes children’s picture books. 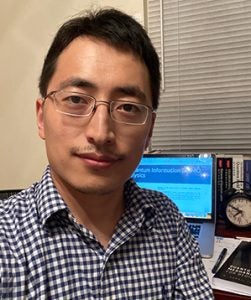 Dr. Ge obtained his Ph.D. degree in Physics from Texas A&M University. He then held three postdoctoral associate positions at Rochester Institute of Technology, University of Maryland, and Texas A&M University. Before joining URI in August, 2022, he was an Assistant Professor of Physics at Southern Illinois University, Carbondale since 2020. Ge’s research focuses on theoretical quantum optics and quantum information. His teaching interests include quantum mechanics, quantum computing, electromagnetism, and optics. In his spare time, he likes reading, play guitar, and hiking. 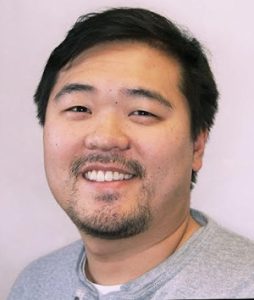 Huh received his Ph.D. degree from the University of California-Irvine under the guidance of Professor William Evans. He was awarded an NIH F32 Ruth L. Kirschstein Postdoctoral Fellowship to work with Professor Ian Tonks at the University of Minnesota. Huh is an expert in the synthesis of and characterization of inorganic complexes, especially those containing rare earth elements. At URI he will teach inorganic chemistry courses at both the undergraduate and graduate level. He also is an accomplished violinist. 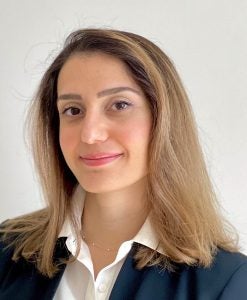 Izadi received her PhD in Political Science from Binghamton University (SUNY) in 2022. She also served as predoctoral/postdoctoral fellow at the Gender and the Security Sector Lab at Cornell University for two years. Her research and teaching interests include political economy of security, politics of authoritarianism, civil-military relations, political violence, security sector reform, conflict, and post-conflict settlements, with a focus on the Middle East and North Africa. She enjoys outdoors and in her free time she does hiking, mountain climbing, and outdoor running. She also loves to spend time with her cats, Lucy and Neli. 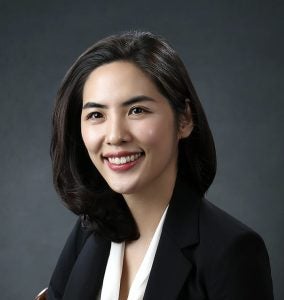 Jun is an assistant professor of Japanese in the Department of Modern and Classical Languages and Literatures. Before joining URI, she was a director of Japanese language instruction at the University of Minnesota-Twin Cities. Originally from South Korea, she received her bachelor’s and master’s degrees from Waseda University in Japan, and her Ph.D. in Japanese from the University of Wisconsin-Madison. As a transnational and multilingual scholar, her research interests center on the role of language in the context of globalization. Her recent studies address dynamic relationships between language, identity, and power among heterogeneous transnational workers in ethnic business. 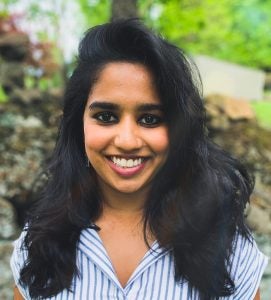 Kumar is an Indo-Guyanese queer scholar, activist, and educator whose work examines women’s loving women relationships, violence, and LGBTQ rights in Guyana. She holds a Ph.D. in Gender, Feminist, and Women’s Studies from York University, Toronto, Canada. Before arriving at URI, she taught at Hamilton College, the College of New Jersey, and York University. Kumar is currently working on completing her first monograph, An Ordinary Landscape: Coloniality, Violence, and Sexual Politics in Guyana. 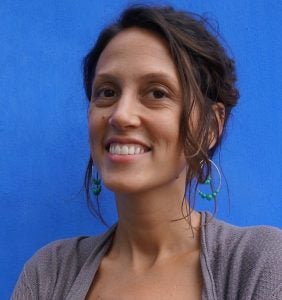 McCutcheon earned her Ph.D. in Art History and Latin American Studies from Tulane University. Her research focuses on Latin American art, feminist artistic practices, and their intersections with activist histories, in particular those in post-1968 Mexico City. She recently directed the Art History program at Lycoming College, where she received the 2021 Junior Faculty Teaching Award. Her courses offer an interdisciplinary and socially engaged approach to understanding art’s histories through the lenses of gender, race, and differences of power. She enjoys traveling, riding her bicycle, and hanging out with her dogs. 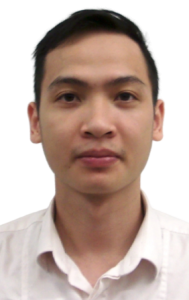 Nguyen earned his Ph.D. in Mathematics from the University of Connecticut. He was a graduate research and teaching assistant at University of Connecticut and at Wayne State University before joining URI. His research interests are probability and stochastic processes, applied mathematics, and mathematical biology. His teaching interests are applied mathematics, calculus, probability, statistics. Nguyen has eighteen publications with a strong pipeline of works in progress. This Fall Nguyen will teach MTH 243 Multivariable Calculus and DSP 512 Computer-based Data Exploration through URI online Data Science certificate. In his spare time, he enjoys football and music. 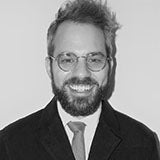 Michael Ortiz is a historian of Modern Europe and Empire. He earned his bachelors from the University of Notre Dame and his Ph.D. from the University of Colorado-Boulder. His research examines European fascisms through the lens of non-Western anti-imperialisms. His current monograph, entitled Anti-Colonialism and the Crises of Interwar Fascism, analyzes Indian understandings of the Italian invasion of Ethiopia (1935), the Spanish Civil War (1936), the Japanese invasion of China (1937), the Munich Agreement (1938), and the outbreak of the Second World War (1939).

Pratt is a Chemical Education Researcher focused on improving the teaching and learning of chemistry across a variety of contexts. Pratt earned a PhD in Chemistry from Miami University working with Dr. Ellen Yezierski, as well as a Graduate Certificate in Applied Statistics and College Teaching. After graduation, Pratt held a Postdoctoral Scholar position at the University of South Florida before starting his faculty career at Maine Maritime Academy. Pratt enjoys teaching general chemistry, inorganic chemistry, as well as quantitative and qualitative research methods. His hobbies include kayaking, hiking with his dog, and exploring new places. 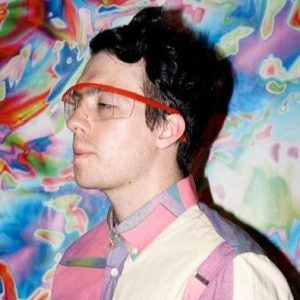 Travess Smalley is an artist and educator who explores generative art and design, creative software, digital painting, and printmaking. He received an MFA in Digital + Media at Rhode Island School of Design and a BFA from Cooper Union. Smalley has exhibited and lectured widely and internationally since 2008. His work has been shown at institutions including the Museum of Contemporary Art Detroit, Kunsthal Rotterdam, and International Center of Photography, New York City, and his art is in the collections of High Museum of Art, Hood Museum of Art, MoMA Library, and the Bibliothèque Kandinsky – Centre Pompidou in Paris. He has previously taught at Rhode Island School of Design and has lectured and guest-taught classes and workshops at Yale Center for Collaborative Arts and Media, Purchase College, Brown University, University of Pennsylvania, and Werkplaats Typografie in the Netherlands. In 2014, he was included in Forbes 30 Under 30 for his work as a digital artist. 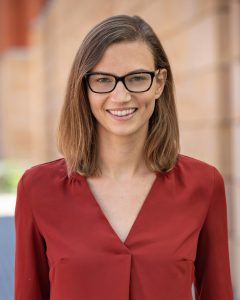 Stevens earned her B.S. in Mathematics at the UNC-Charlotte, and she earned her Masters in Mathematics and her PhD in Mathematics Education at the University of Georgia. She also completed a postdoc at the University of Michigan. She is a mathematics education researcher, and her primary research interests are on undergraduate students’ mathematical thinking, with an emphasis on quantitative and covariational reasoning with formulas at the pre-calculus and calculus level. Steven will be teaching freshman classes this Fall, MTH 103 Applied Precalculus and MTH 111 Precalculus. Stevens’ other skills include advanced Dutch comprehension and French reading knowledge. She enjoys running, and being native to Belgium, good chocolate.