As a film/media major also pursuing minors in art and writing and rhetoric, Rachel Mossberg ‘10 kept busy during her time as an undergraduate student at URI. She participated in 90.3 WRIU FM, the URI community radio station; the student production of The Vagina Monologues; and The Independent Scribe, URI’s student-run arts and literature publication at the time, among other things. While her outside-of-the-classroom experiences proved to be both fun and creative, helping her explore her passions and hone her skills, she notes that one professor in particular stuck with her as well. “I wouldn’t be where I am today without the education Professor Keith Brown gave me,” she says. “From Keith, I learned pretty much the most important lesson I’ll ever learn: if you want to make something, figure out how to make it. Keith proved to us all you don’t need a fancy film school degree to make it in this field, you just need to work hard and be resourceful.”

After graduating from URI, Rachel moved to NYC and worked on small, non-union productions as a freelance set dresser and decorator — roles within the art department of films and shows — thus putting her knowledge from her various degree paths at URI into action. Through these opportunities, Rachel realized that she didn’t see a future for herself in these roles. She decided to go back to school to get her master’s degree in Media Studies from The New School in NYC, focusing on digital video and digital media at large. Now well established on her career path, Rachel credits all her past job positions with helping her get to where she is today: an associate producer for MUNCHIES, VICE’s food channel. Her favorite part about this role working in digital media is the editorial freedom to pitch and explore stories. “I love the fact that we can turn a video around from a pitch to a published piece in a matter of weeks, while juggling multiple projects at a time,” she says. “Most of all, I love that the digital video space is not one of gate-keeping; you don’t need to be born into a famous film legacy family to make a hit Youtube video. You don’t need $20 and access to a movie theater to watch an incredible video online.” 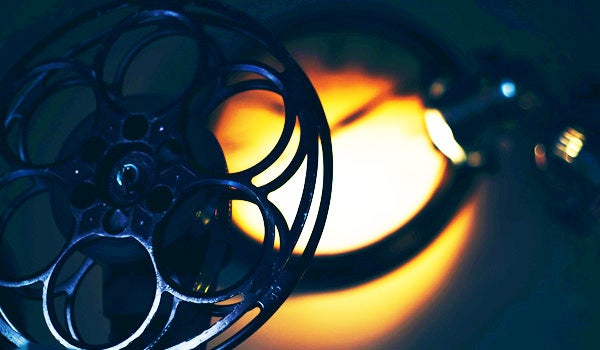 We'll give you the tools to create meaningful work through technique, craft, and art.

As for advice for current students, Rachel says: “My biggest piece of advice is to not be discouraged or afraid. You may be met with confusion or discouragement from the people around you if you aspire to work in media or be a filmmaker. But don’t listen to those people! Believe in your passion and let it motivate you. It’s hard enough during Covid, so don’t be too hard on yourself during a time like this. Another bit of advice I love to share is this: don’t block yourself from opportunities. Apply for a role even if you’re not sure you have all the skills, challenge yourself to learn something that ‘scares’ you in your field. And finally, 75% of ‘success’ is just being present to receive opportunities. It’s so much better for the soul to say ‘at least I tried’ than ‘I wish I had tried.’ And finally: for every stride you take toward success, make sure you reach back and help someone else. Pay it forward!”