What does it take in the field of journalism to be awarded a Regional Emmy Award or even national film recognition? Perhaps a successful career in TV Sports Anchor or as a renowned documentary filmmaker. For Tim Gray ’89, it’s both, and he can tell you what it took for him to receive widespread recognition in the field of journalism. Gray graduated from URI’s College of Arts and Sciences (A&S) in 1989 with a B.A in Journalism. Gray says his path to journalism was influenced by his upbringing. “I come from a family of journalists, so it was natural for me,” he said. “My brother was in TV Sports at the time, and I felt it would be a great career to be a journalist, either in television sports or news.” Gray spent the first 15 years of his career as a TV Sports Anchor in nearly all corners of the country for which he earned a Regional Emmy Award.

Gray was later inspired to focus his journalistic pursuits on World War II (WWII) as he saw it as “one of the defining moments in the history of the world, filled with incredible personal stories of those who fought and those who survived. The stories still resonate today.” In his current role, he is a filmmaker as well as the president and founder of the World War II Foundation. Besides producing documentary films on individual stories from the war, the WWII Foundation promotes education through a variety of other avenues including monuments, museums, and leadership awards for educators. At this point, Gray has written, produced, and directed thirty documentary films that describe the personal and historical stories of the WWII generation. Gray’s impressive discography frequents PBS and Public Television stations, and he has been awarded the American Public Television’s National Programming Excellence Award for his work. Most recently, he was inducted into the State of Rhode Island’s Heritage Hall of Fame. According to their website, the Rhode Island Hall of Fame exists to honor, recognize, and and publicize the achievements of Rhode Islanders who have “made significant contributions to their community, state, and/or nation.” 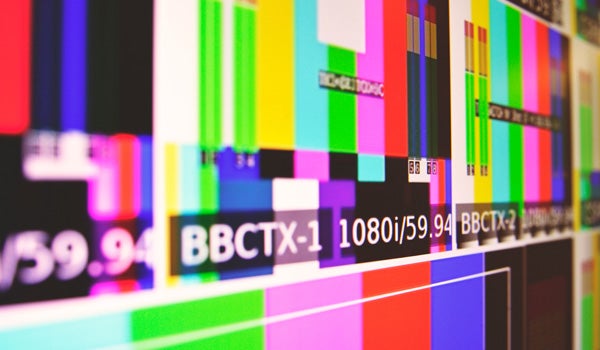 Tell stories that make a difference in this rapidly changing world.

Gray views his time at URI’s College of Arts & Sciences as instrumental both inside and outside of the classroom. “The educational part of URI was significant, but it was the opportunities outside the classroom that helped,” he said. “I learned how to write. I took that and became a television sports anchor and reporter around the country, covering the NBA, Michael Jordan, college football, you name it. I also knew how to communicate, ask questions of people and be very curious.” Gray’s ability to take advantage of experiential opportunities highlights how A&S students can perform competitively in the job market. Gray is humble and thankful for the support he received as he noted: “I’d like to talk to as many URI students as possible to help them as they too travel this bumpy road. I’d love to be a sounding board like so many great people were for me when I went to URI.” Lastly, Gray reminds us that it is never too late to change your path. “I was 36 when I became a filmmaker. However, my degree and experience in journalism had me prepared for a more successful career in film, a much more successful and rewarding career than I ever had in TV news,” he said.

Read more about Tim Gray and the WWII Foundation here.