First identified in Ohio in 2012, beech leaf disease (BLD) has since been detected in Rhode Island, Connecticut, Massachusetts, Pennsylvania, and New York. BLD is believed to be caused by the nematode Litylenchus crenatae, which is speculated to travel from tree to tree through wind, rain, insects, and birds, but the exact vector has not been confirmed. It is uncertain how BLD traveled from Ohio to New England, as the disease is not present in eastern Pennsylvania. BLD has been documented infecting American and European beech trees, but the scope of which other species are susceptible is still unknown.

BLD affects the foliage of beech trees and can result in thinning of the tree canopy or mortality. The most obvious symptom of BLD are dark bands between the veins of the leaves (called “striping”), and with time leaves will look withered, dried, and yellowed. If the tree is heavily infected, leaves can completely die off, buds can become infected and the tree will die. 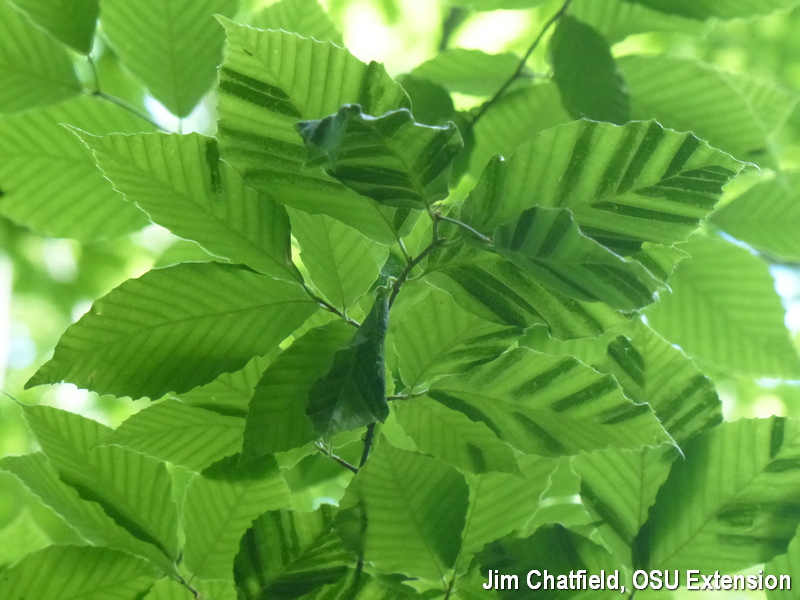