Introduced to North America in the 1860s, cypress spurge (Euphorbia cyparissias) is a species that has invaded open farmlands and is toxic to horses and cows. In 1994, Don and Heather Minto from the Society for the Preservation of New England Antiquities (SPNEA) came to the University of Rhode Island seeking a means of biological control. Together, the Mintos worked with the URI to release six biocontrol insects. Five of the six species are Chrysomelid beetles in the genus Aphthona, the last species is a Cecidomyiid fly gall midge, Spurgiaesula.

Insects were released in batches of 500-2000 at nine sites throughout Rhode Island in 1995 and 1996. While all six species became established, the two most successful species were Apthonanigriscutis and A. flava which successfully reproduced and decreased the amount of cypress spurge at the targeted release sites. Researchers at URI continue to monitor the spread of cypress spurge and the progress of the released biocontrol agents. For more detailed information, please see URI’s publication about cypress spurge from the USDA’s Biological Control of Invasive Plants in the eastern United States. 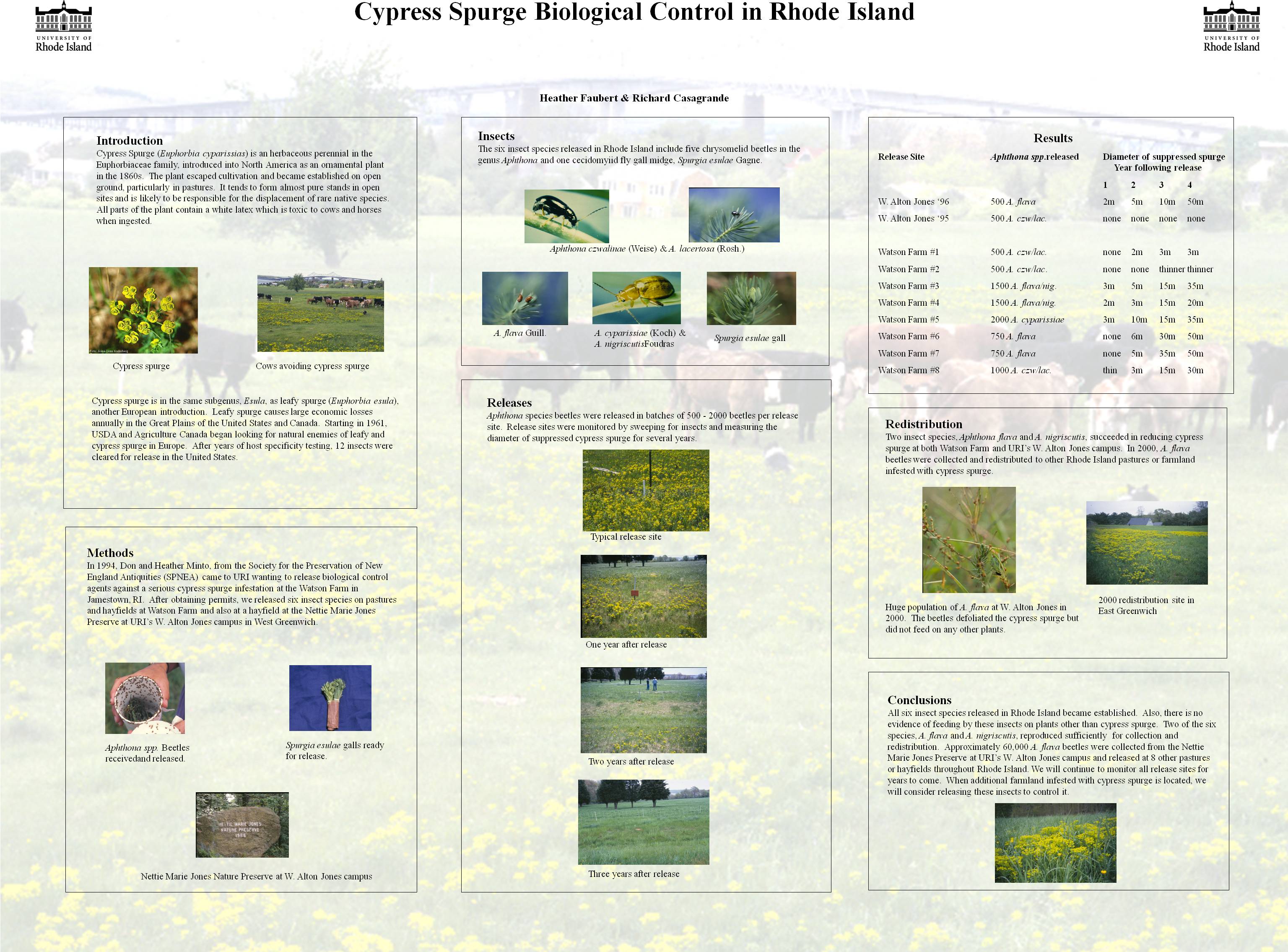