Knapweeds are an invasive plant species which has been recognized as a threat to native plants in Rhode Island. Black knapweed (Centaurea nigra) and meadow knapweed (a hybrid of black and brown knapweed, C. jacea) are the predominant species here in RI. Knapweeds displace native vegetation, negatively impact native wildlife, decrease hay quality for grazing animals, and threaten populations of bobolinks, Dolichonyx oryzivorus, and other meadow birds.

The URI Biocontrol Lab has obtained a permit to release Larinus obtusus, a biological control agent for knapweed species found in Rhode Island. L. obtusus is a seed-feeding weevil that is native to Europe and the Middle East; it has recently been released by biological control programs across the United States and Canada. Larval feeding results in the death of developing seeds which reduces the spread of the knapweed population. Also, defoliation from adults can be extensive when populations are high, which can stunt and kill plants. Currently, L. obtusus is the recommended agent for release in Rhode Island against black knapweed as a result of its habitat preferences and host specificity. Research has shown these pests prefer moist knapweed habitats with cooler temperatures and feed on only Centaurea species.

Larinus obtusus was released in Little Compton and Tiverton, Rhode Island, in 2015 and 2016. 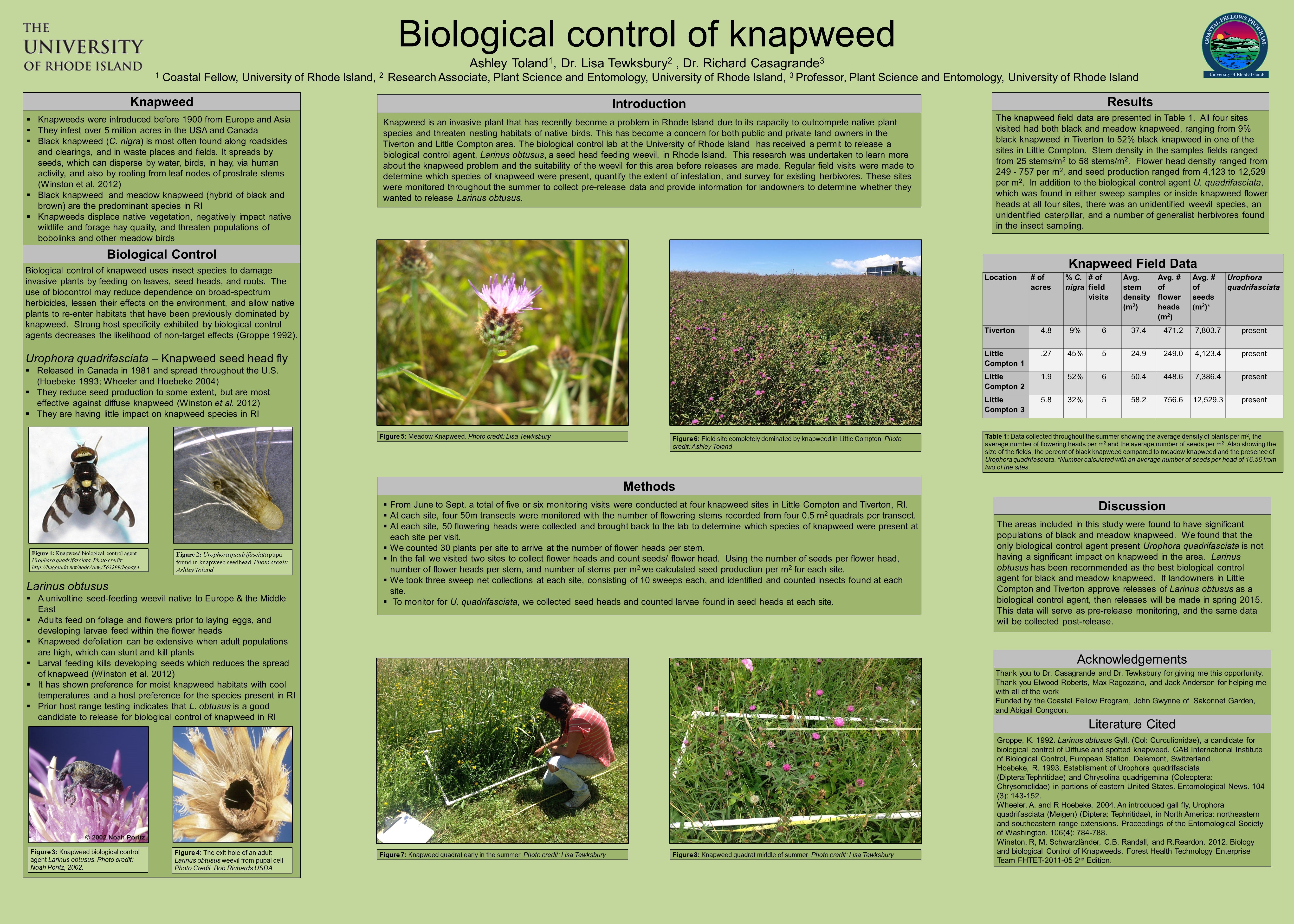 Biology and Biocontrol of Knapweed