Signs of SLF feeding include:

SLF does not kill every tree it feeds on. Rather, it is a plant stressor that can damage hosts in combination with other stressors (such as disease or weather). However, following high infestation levels or multiple years of sustained feeding, it is possible for SLF to significantly weaken healthy host trees. Currently, grape growers in heavily infested areas are experiencing significant economic loss due to direct damages caused by feeding. Yield loss, reduction in cold hardiness of vines, and direct vine mortality have been observed.

As spotted lanternflies feed, they excrete a sugar-rich substance known as honeydew (shown in the picture below). Nuisance insects such as wasps and ants may be attracted to accumulations of oozing sap and honeydew. A build-up of honeydew may also become colonized by sooty mold fungi, which can act as a photosynthesis barrier. 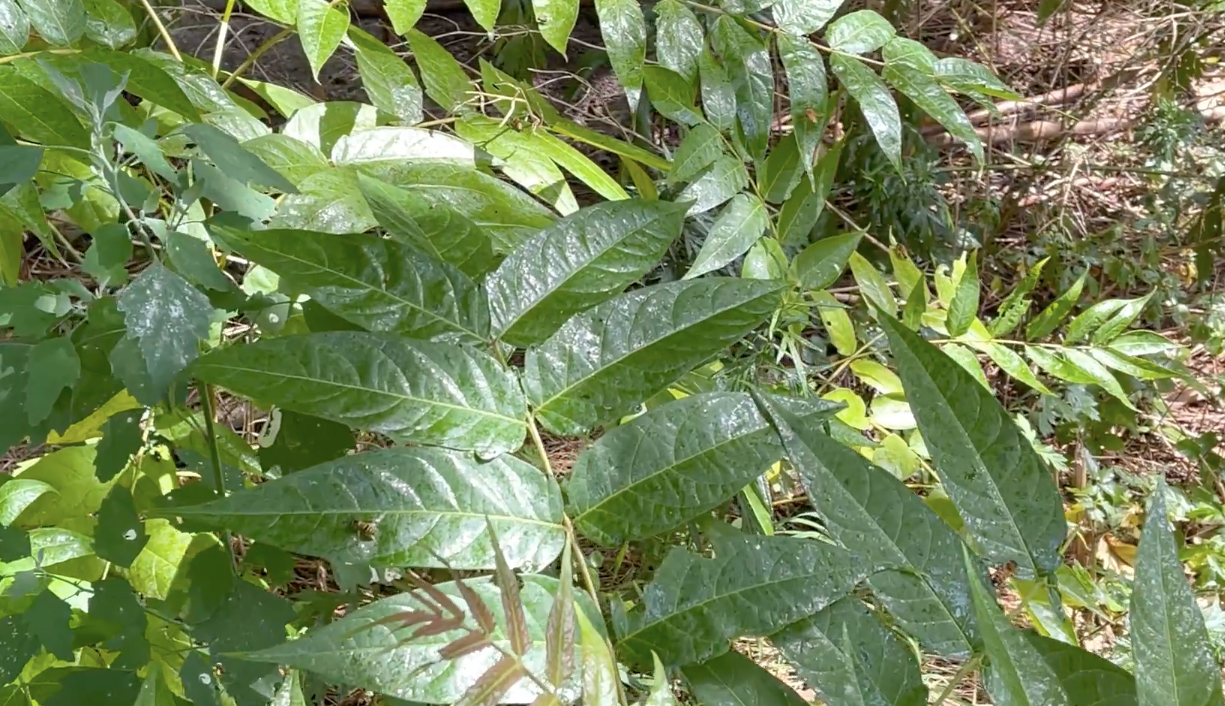 Though the extent of the SLF long-term impact is unknown, an economic report in Pennsylvania estimated that it could drain Pennsylvania’s larger economy of $324 million annually, through direct effects on the agricultural and forestry industries, as well as through indirect and induced effects. Currently, the greatest impact has been observed in Pennsylvania vineyards, where yield reductions of up to 80-90% have been reported. Re-infestation pressure following initial insecticide knockback has resulted in a drastic increase in the frequency of applications, with some growers spraying every 3-5 days during peak activity. 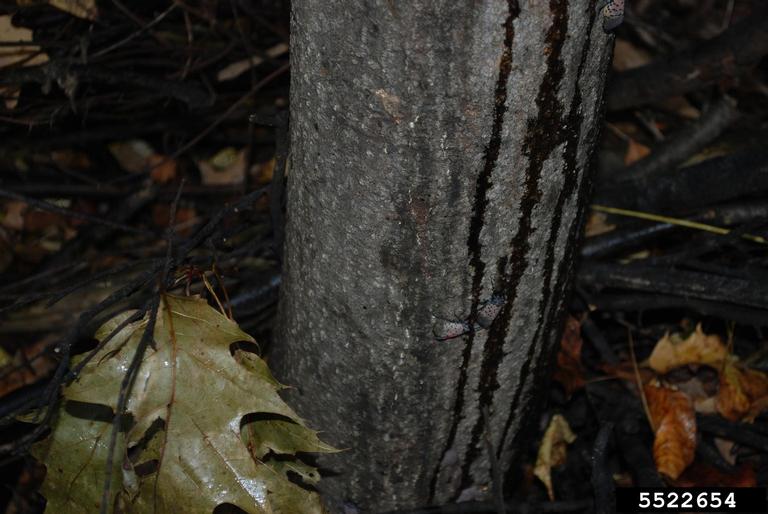 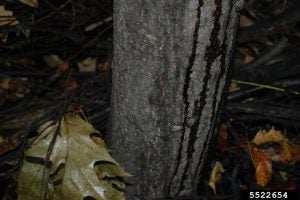 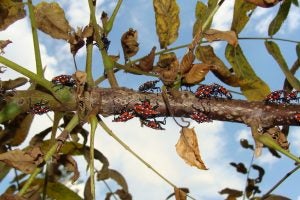 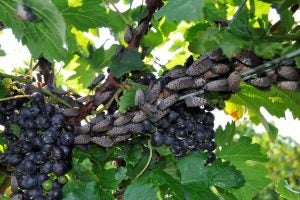 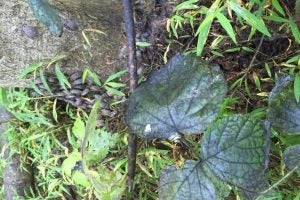 For residents, growers and landscape professionals, available management options include mechanical, cultural and chemical control. Additionally, potentials for biological control are currently being researched. Scouting for SLF is essential in management, and it is crucial that landowners know where the infestation is and the degree of severity before deciding on a treatment. Additionally, the most effective management strategy likely involves an integrated approach which applies a combination of the following options.

"slf cannot be prevented from coming onto any one property... additionally, low numbers of slf may not necessitate treatment" - Pennstate extension