Ken Andrade typifies the traits of an entrepreneur.  He has the passion and creativity to try many different businesses and business models.  Perhaps most important, he has the 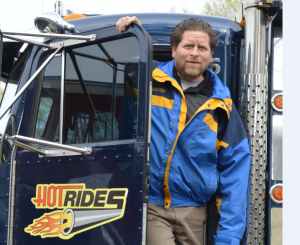 entrepreneurial drive to never give up, even when considerable challenges come his way.  His latest business expansion demonstrates this most dramatically.

“I am so thankful for all the help I received from Claudia and Doug working together.  They made a great team, advising me, encouraging me, helping with the business plan and application for financing.  Doug’s work with the financial projections helped me to know that this financing was feasible and gave Commerce RI the information they needed.  I am so appreciative to Commerce RI for supporting a small business that is now able to turn the corner thanks to their help.”

Kenneth Andrade has been an entrepreneur his entire adult life, having purchased East Providence Auto Body when he was 18 in 1984, a business he continues to operate. He has operated numerous other businesses (he says about ten), typically building them up and then selling them. In addition to East Providence Auto Body, he currently also operates Hot Rides, a classic car restoration business.

East Providence Auto Body has had multiple expansions. Ken has added a frame machine, computer diagnostics and performs direct repair for 8 insurance companies. In 2007 he built several CVS Samaritan vans and established an additional revenue stream creating, equipping, and selling these types of service vans. He has also built combination tow truck/vans. He purchased the property at 30 Veterans Memorial Parkway to get more room for his multiple business activities.

Another aspect of the business is selling used cars and providing automobile mechanic services. In addition, he performs state inspections and does towing for East Providence and AAA as well as insurance companies.

Ken established Hot Rides in 2007 and obtained financing from Coastway Credit Union to do so.  However, the national recession hit just as he got this project going.  As his property value declined (this recession was caused by a real-estate collapse), his financial position (Balance Sheet) weakened. The final straw came in 2012 when Veterans Memorial Parkway was closed for repairs. Ken’s financial situation grew increasingly worse.  He sought additional financial support from what was then the Economic Development Corporation in September 2013. 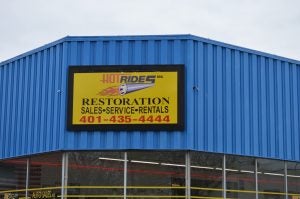 It was at that time that he met Claudia Cardozo.  RIEDC could not provide the financing at the time but he found a very strong advocate in Claudia, one who, it turned out, would support him unwaveringly for a long time.

Claudia introduced Ken to Doug Jobling, Regional Director of the RI Small Business Development Center (RISBDC).  Doug analyzed Ken’s financial statements and made some recommendations regarding internal management.  In addition, he helped Ken prepare a set of financial projections for his loan application.  These projections also provided Ken with the ability to do what-if scenarios, enabling him to make informed management decisions.

Ken showed not only his entrepreneurial traits but a degree of dogged determination and some smart business management in the meantime.  During the downturn of 2013 into 2014 Ken successfully managed his situation. Although he hated to do it, he had to lay off several employees and cut costs to the bare bones, working an inordinate amount of hours himself. The results show up in his profitability. His profits in 2014 were almost three times what they were in 2012, before the road closure.
He has increased profitability so much that it is making a great impact on his Balance Sheet. He has paid down significant debt in the last year. He restructured his home mortgage and lowered his monthly payment.  He has reduced business debt considerably over the last year, dramatically improving his financial position and his credit score.

Ken also has an incredible opportunity for growth. He has been a “backup” tow truck company for several regions with AAA. As the name makes obvious, he would only be called if the primary tow 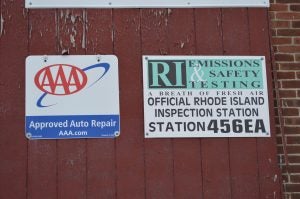 company had all its trucks committed. However, he did such a good job, was so reliable, that AAA is now making him the primary tow company in part of East Providence. Since this area is right where his company is located, this will reduce expenses (primarily fuel but also some labor time) because he won’t have to travel so far to tow the disabled vehicles. AAA estimates that he will have double the number of tows as the primary in this area compared to being the secondary tow for several areas. And the reduced expenses will obviously increase profitability. In addition, towing brings in ancillary income because some of the vehicles towed become customers for mechanic and repair work.

With this opportunity, and with his debt pared down considerably, Ken was again looking for capital to purchase another truck and to have some working capital to increase employees back up to some degree. For example, in addition to overall management, Ken is doing all of his own estimating. He’d like to bring in an experienced estimator to take that load off his shoulders.

Claudia and Doug met again with Ken and completed a new set of financial projections, reflecting all the positive changes from the past year.  In the meantime, the RISBDC has moved to the University of Rhode Island as URI made a strong commitment to work closely with Commerce RI and other state and business leaders to grow the RI economy.  As a result of Ken’s perseverance and the positive changes he has made in his company and its financial position, as well as the positive outlook for growth, Commerce RI announced that they have approved Ken Andrade’s request for financing. 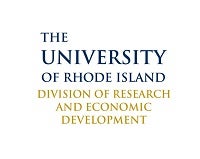 Funded in part through a cooperative agreement with the U.S. Small Business Administration. SBDCs are a program supported by SBA and extended to the public on a non-discriminatory basis. SBA cannot endorse any products, opinions, or services of any external parties or activities. By contacting our office and requesting at least two weeks in advance, every attempt will be made to reasonably accommodate persons with disabilities and those who need translation services. Please contact Susan Davis in our lead center at 401-874-7232 to make such arrangements.
ConnectApplyTourGive