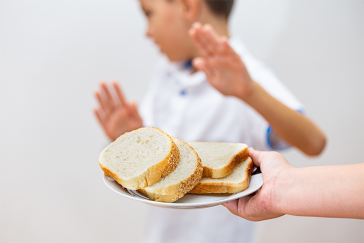 A recent study by the NYU Grossman School of Medicine has examined how toxic chemicals, including pesticides, fire retardants, and PFAS, are related to celiac disease. This immune disorder occurs when the wheat protein (gluten) triggers an auto-immune response in the gastrointestinal tract of the individual. The disease is thought to be genetic. Individuals with genes HLA-DQ2 and HLA-DQ8 are known to be at greater risk of being diagnosed with celiac disease.

“Our study establishes the first measurable tie-in between environmental exposure to toxic chemicals and celiac disease,” said senior study investigator and pediatric gastroenterologist Jeremiah Levine. Although further studies are needed to determine if these toxic chemicals are a direct cause of celiac disease, all are known to disrupt animal and human hormone levels, which are key to controlling both sexual development and immune defenses. Should further studies show similar connections, it will support the view that autoimmune disorders may not just be genetic, but also environmental.

A partnership of the University of Rhode Island, Harvard University, and the Silent Spring Institute. Funded under grant P42ES027706.
ConnectApplyTourGive