It may be new to you, but the Lone Star tick (Amblyomma americanum) was actually the first North American tick species to be formally described, with reports dating back to the late 1700s. The Southeastern, South-central, and mid-Atlantic states are ground zero for this tick, but a 2014 study revealed Lone Star ticks can now be found as far west as Colorado and Wyoming and as far north as Maine. Learn more about this “new” tick: 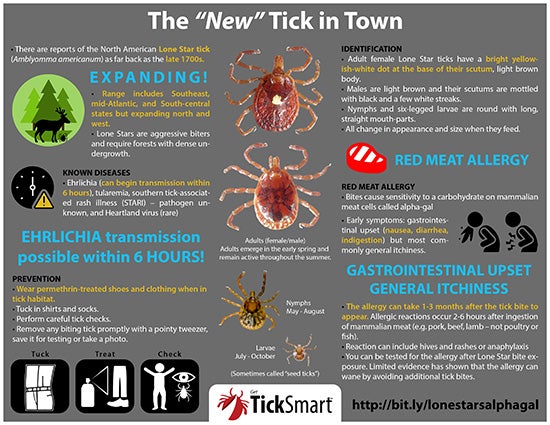