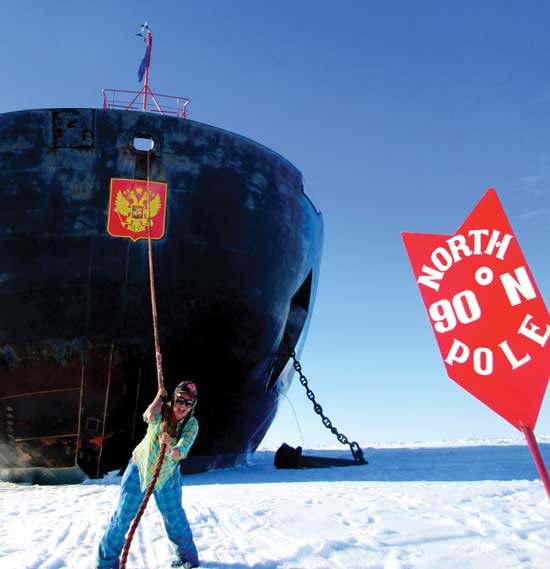 Briana “Breezy” Grenier grew up in Connecticut and now splits her land time between Portsmouth and Block Island, R.I., but at pretty much any moment, she’d rather be at sea. She’s been remarkably creative at making that happen—specializing in deep-sea and polar exploration and serving four years in the U.S. Coast Guard before coming to URI.

Her resourcefulness will take her to the Arctic—again—this August, as a member of the Sedna Epic Expedition, an all-female, multi-year project that will work with Inuit communities to study climate change. The expedition will draw attention to melting sea ice by attempting a world-record 3,000 km snorkel relay of the newly ice-free Northwest Passage in 2020.

How to prepare? Consider that Grenier, a compulsive autodidact, is a boat captain in Boston Harbor who’s lectured on Russian cruise lines and been on research projects from New Zealand to the Marshall Islands with institutions as various as the Geological Society of America, NOAA and SEA Semester. She spent the spring fundraising for the dry suits, snorkel gear and remote operated vehicles Sedna will leave with Inuit villages as part of its educational mission. “The water only gets so cold,” she shrugs. “I believe we acquire the most knowledge while traveling, and we barely know the ocean—only five percent of it has been explored. The age of discovery is not over.”