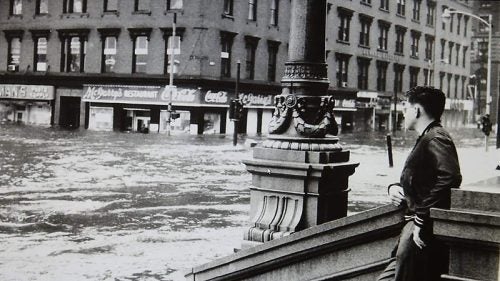 In 1954, one of the worst disasters in Rhode Island history swept through the state. Hurricane Carol brought wind speeds of over 100 miles per hour. Worse, it made landfall at high tide, creating a storm surge that flooded downtown Providence with 12 feet of water. When it finally passed, the storm had left 620 homes destroyed and 17 people to bury. By the 1960s, the city of Providence commissioned the construction of the Fox Point hurricane barrier, with an aim toward preventing the kind of overwhelming storm surge that turned downtown into Venice.

The trouble was, there was no way to really test it. Only another massive storm, one that made landfall at high tide, would reveal whether the barrier could get the job done. And from 1954 to today, another storm like that has yet to occur. Which is not to say it won’t.

Enter Professor Isaac Ginis, from the University of Rhode Island’s Graduate School of Oceanography. For the past six years, Ginis and a team of experts and graduate students, which include Mansur Ali Jisan, Deborah Crowley, Angelos Papandreou and Joshua Port, have been developing ways to calculate the impact of a major storm that makes landfall. Ginis has developed a computer program that, when fed the needed information, can act as a warning bell to stakeholders like the Rhode Island Emergency Management Agency (RIEMA), the Department of Environmental Management (DEM), the R.I. Wastewater Facility, and the Fox Point hurricane barrier in real time. The result is the Rhode Island Coastal Hazards, Analysis, Modeling, and Prediction (RI-CHAMP) system with an official launch date of June, just at the start of hurricane season. 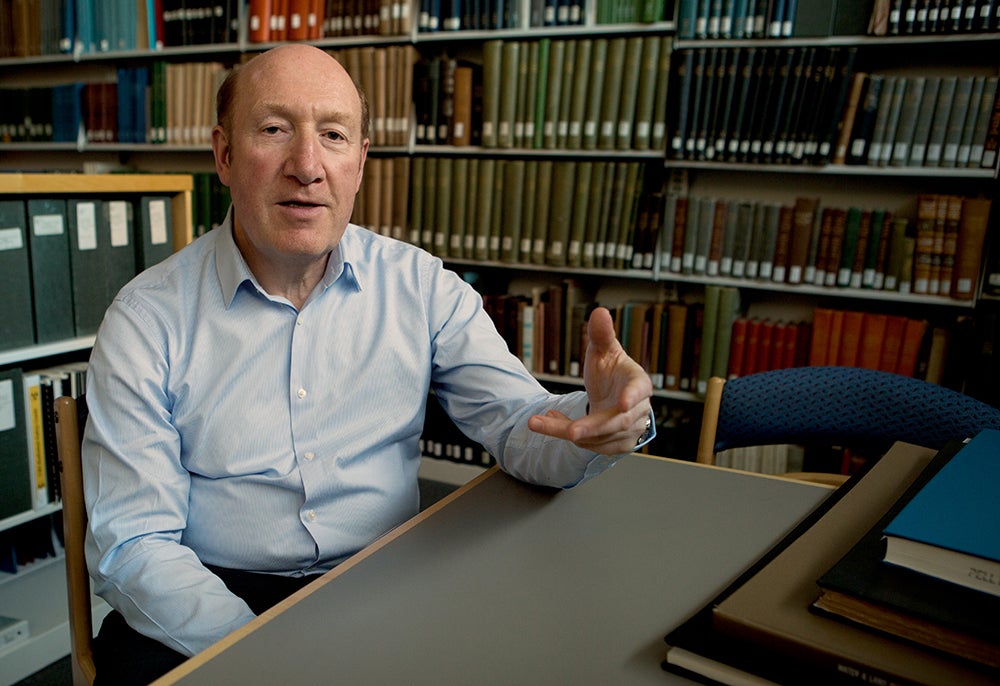 “My focus is mainly New England. There's been a lack of attention to hurricanes here, with the focus on more tropical places like the Gulf of Mexico.”

“The project was funded by the U.S. Department of Homeland Security six or seven years ago, and the focus has been on improving the forecast of hurricanes when they make landfall,” said Ginis. “My focus is mainly New England. There’s been a lack of attention to hurricanes here, with the focus on more tropical places like the Gulf of Mexico. There’s also a difference between landfall in the south and in the north. That difference is called the extra tropical transition, when a hurricane moves from the southern region to colder water, so their structure, size and wind changes. The farther the move to the north, the more complex the storm becomes.”

The storm surge models in New England have lacked the necessary spatial resolution to be highly accurate, but the model Ginis came up with allows him to cover an area with a mesh or grid, which provides higher resolution and gathers more information about a storm surge. Adopted from a University of North Carolina model called ADCIRC, Ginis’ model allowed spatial resolution to be downscaled from grid points five kilometers apart to one that has a resolution of ten meters. This higher resolution allows the user to be able to differentiate whether the land area being targeted is a forest, a lake, or a city for example. Identifying those landforms is essential to accurately forecast inland flooding.

“We know that our rivers in New England are relatively short and shallow. That makes them prone to flooding, such as happened in Warwick during 2010’s tropical storm Henri. Now we can look at severe flooding both in the rivers but also coastal flooding. We input information about land elevation and flew planes that collected LiDAR data with a resolution of one meter. We also get information about wind speeds from the National Weather Service, but it’s on a large scale, on the scale of an entire storm. Here, we can downscale and refine the predictions from NWS to provide actionable information to decision makers.” Ginis notes that the program will work with nor’easters as well.

As the modeling grew more and more accurate, Austin Becker from the Department of Marine Affairs, along with several of his graduate students, traveled the state and began to create a database of critical infrastructure. “Through this project we’ve developed a methodology to collect what we call consequence thresholds,” Becker said. “A consequence threshold data point consists of items like a generator or computer server room that would cause severe problems if it were disabled.” He uses the example of a hospital backup generator. “Maybe the generator is on a platform that elevates it a foot above the ground. The threshold for being damaged by flooding would be maybe one and a half feet of water. This is an example of a consequence threshold data point.” Currently Becker and his group have amassed some 400 data points.

The locations for Becker and his students’ work are chosen with the help of a steering committee that consists of people from RIEMA, R.I. Department of Transportation (RIDOT), DEM, and other organizations. They study critical infrastructure sector leads and work with those leads and other emergency managers to identify facilities that might be in a floodplain, for example. “With the backing of RIEMA, we contact the facility managers and arrange for a site visit. Then our team of graduate students go to the site. They have a tablet computer with an app on it, and they walk the grounds of the facility together with that facility manager identifying items that the manager has concerns about.” That same modeling, says Becker, can be used to help a manager determine where to make the best improvements in structural integrity.

As the models are enhanced by qualitative data, Becker says they create a decision support tool that can be used by those in charge of a given facility to determine where the critical problems may develop. Finding those facilities and decision makers, and introducing them to the RI-CHAMP system, falls to Pam Rubinoff of the Coastal Resources Center.

Rubinoff is the liaison between the tech team and ­potential end users. “One of the things that I really admire about Isaac is his commitment to make his project actually usable, so that it’s not staying in some ivory tower but that it’s applied. I’m his conduit to helping his information be used by the real world. We cultivate relationships with RIEMA and engage local groups like the Providence EMA. Then we find out what the local needs are, relay that to the modelers, then translate the refined models back to the users.”

One of those users is the Providence EMA, under the supervision of Clara Decerbo, who first learned of Ginis when she pursued her Master and Ph.D. degrees at URI. She’s pleased with the way the modeling project has unfolded. “I think the real gift of the work that Dr. Ginis is doing is providing that nexus and opportunity to amplify current technology and cutting-edge science, and apply it in an operational sense. From my perspective, I’m a practitioner. I’m not really an academic, but we rely on our partnership and the incredible work that Dr. Ginis and his team are doing to inform our decision making and policy level work.”

While not actually eager for Rhode Island to be hit by storms, Decerbo is excited at the system being brought online. “I think it’s so important that we’re using the most current resources and leveraging the current science and modeling capabilities in our decision making. The tool exists and we’ve been offered the chance to use it. Why wouldn’t we be excited about it?”

When the summer ends, Ginis feels they will have proof of product enough to offer that type of information to other states and regions, along with similar information about winter storms.
Yet with all this newly created technology, there is one bit of information that Ginis has no interest in trying to provide.

“One thing I don’t do is predict a hurricane season,” he laughs. “People ask me that question, but I’m not sure that this information is actually useful to anyone.

“People may think if you have 20 hurricanes predicted in a season that it would be more dangerous than in a season with fewer, in terms of making landfall, which is not true. Even with an inactive season, we can have catastrophic hurricanes. In 1992 we had only seven hurricanes, but among them was Andrew, which made landfall in Florida and devastated the surrounding area south of Miami. It doesn’t matter how many are in the Atlantic since most of those go out to sea. The media will often ask how many, and if you hear a prediction of fewer storms, people feel they can relax, but that isn’t the case.

“If a hurricane makes landfall near where you live, this is an active season for you.”