Sara Rosenbaum is Professor of Pharmacokinetics at the University of Rhode Island and is involved in teaching and research in the broad area of clinical pharmacokinetics and pharmacodynamics. She is interested in applying modeling and simulation of drug response data as tools to more fully understand the time course and intensity of drug effects in man. She is interested in applying these methods in research to obtain a greater understanding of a drug’s properties in different populations. She also develops interactive pharmacokinetic and pharmacodynamic models to demonstrate fundamental drug properties.

Sara Rosenbaum is interested in understanding the dose-response relationship through the analysis of a drug’s pharmacokinetic and pharmacodynamic characteristics. She has used NONMEM to create population models and study various patient demographics as potential sources of variability in drug response.  She is also interested in creating integrated pharmacokinetic and pharmacodynamic simulation models to better understand the dose-response relationship. She has created models in almost all therapeutic areas and has more recently  been working in the area of biologics. Some examples of Sara Rosenbaum’s published work is provided below.

Custom pharmacokinetic or pharmacodynamic models can be created for specific drugs or biologicals. The custom models are distributed through a secure, password protected server. Contact Dr. Rosenbaum for more information. 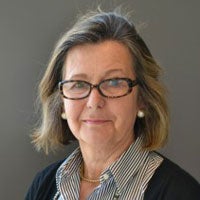